Chloe Bennet is an American actress and singer. She is best known for her portrayal of Daisy Johnson on the ABC superhero drama series Marvel’s Agents of S.H.I.E.L.D. From 2012 to 2013, Bennet had a recurring supporting role as Hailey in the ABC drama series Nashville, and was cast in the lead role as Yi in the DreamWorks’ animated film Abominable (2019). Born Chloe Michelle Wang on April 18, 1992 in Chicago, Illinois, her father, Bennet Wang, is Han Chinese and her mother, Stephanie Crane, is Caucasian American. She has seven brothers: four biological, two foster and one adopted; two are African American and one is Mexican-Filipino. At age 15, Bennet moved to China to pursue a singing career and made her name as a pop singer. She has dated Logan Paul and Austin Nichols. 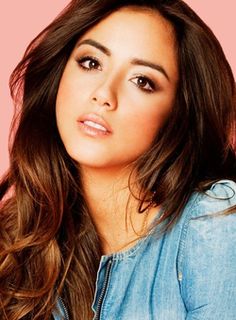 Chloe Bennet Facts:
*She was born on April 18, 1992 in Chicago, Illinois, USA.
*Her mother is Jewish.
*Her stage name, Bennet, is her father’s first name.
*She hosted the TeenNick show The Nightlife in 2010.
*She appeared in the 2011 music video “Tonight” by the Korean band Big Bang.
*She played Daisy Johnson in the ABC series Marvel’s Agents of S.H.I.E.L.D. from 2013 to 2020.
*Follow her on Twitter, Facebook and Instagram.