Chloe Bridges is an American actress. She is best known for her portrayal of Zoey Moreno on ABC’s Freddie, and for her role as Dana Turner in the Disney Channel original film Camp Rock 2: The Final Jam. She has starred in such films as Forget Me Not, Family Weekend, Mantervention, The Final Girls, and Nightlight. Bridges is also known for her roles as Sydney in Pretty Little Liars, Donna LaDonna in The Carrie Diaries, and Kibby in Daytime Divas. Born on December 27, 1991 in Thibodaux, Louisiana, her full name is Chloe Marisa Suazo Bridges. Bridges attended John Muir Middle School in San Jose, California and graduated from Columbia University in 2020. From 2010 to 2012, Bridges dated Cody Linley. In February 2015, she began dating Adam DeVine. They announced their engagement in October 2019. 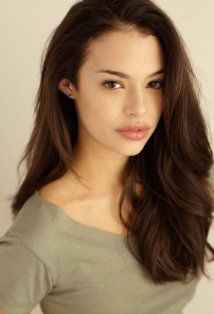 Chloe Bridges Facts:
*She was born on December 27, 1991 in Thibodaux, Louisiana, USA.
*She won the role of Zoey Moreno on the sitcom Freddie at age 14.
*In April 2014, she starred as recurring role of Sydney Driscoll in the fifth season of the ABC Family teen drama series Pretty Little Liars.
*In 2018, she starred as recurring role of Roxy Buckley in the American black-comedy television web series, Insatiable.
*Follow her on Twitter, Facebook and Instagram.