Brian Austin Green is an American actor, rapper and producer. He is best known for his role as David Silver in the 1990s television series Beverly Hills, 90210. Other notable acting roles include Derek Reese in Terminator: The Sarah Connor Chronicles, Chris in Freddie, Tommy in Wedding Band, Brian Cunningham in Knots Landing, and Sean Healy in Anger Management. Green released his debut and only studio album, One Stop Carnival, in 1996. 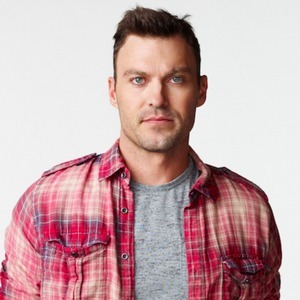 Born Brian Green on July 15, 1973 in Los Angeles, California, to parents Joyce and George Green, he has a brother named Keith and sister named Lorelei. Green grew up in North Hollywood and attended North Hollywood High School. He was engaged to Vanessa Marcil from July 2001 to October 2003. They have a son named Kassius Lijah Marcil-Green. He married Megan Fox in 2010, but the two split in 2020. They have three sons together, Journey, Bodhi and Noah.

Brian Austin Green Facts:
*He was born on July 15, 1973 in Los Angeles, California, USA.
*He added his middle name, Austin, to differentiate himself after joining the Screen Actors’ Guild as a child.
*He played David Silver on the TV series Beverly Hills, 90210 from 1990 to 2000.
*He won the celebrity portion of the Grand Prix of Long Beach in 2010.
*He created a podcast entitled With Brian Austin Green in April 2017.
*He plays the guitar, drums and piano.
*He is a big fan of scream queen actress Linnea Quigley.
*He is good friends with Michael Biehn and Jennifer Blanc-Biehn.
*He is close friends with actress Kaleena Kiff.
*He dated his Beverly Hills, 90210 co-star Tiffani Thiessen from 1992 to 1995.
*He was engaged to Vanessa Marcil from July 2001 to October 2003.
*Follow him on Twitter and Instagram.