Chloe East is an American actress and dancer, best known for starring in the first season of the Audience Network television series Ice, and in the 2017–2018 ABC television series Kevin Saves the World. From 2016 to 2017, East played Val Wishart on the Disney series Liv and Maddie. She played Lucy Rizzo in the 2019 film Next Level. Born Chloe Monet East on February 16, 2001 in San Clemente, California, to parents Aimée and Howard East, she has two brothers. East started dancing at the age of 2 and started modeling when she was 9 years old. At age 11, East started acting in the HBO television series True Blood. In 2018, East began dating professional dancer Julian DeGuzman. 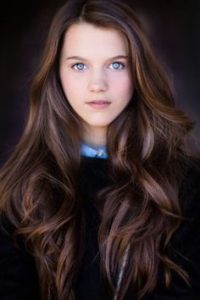 Chloe East Facts:
*She was born on February 16, 2001 in San Clemente, California, USA.
*Starting at age 2, East began dancing.
*She started modeling at the age of 9.
*She made her television debut playing the role Sheriff Andy’s daughter in the hit HBO Series “True Blood”.
*She has a dog named Lola.
*Follow her on YouTube and Instagram.