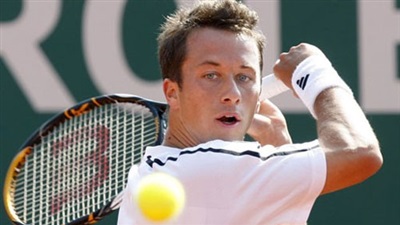 Philipp Kohlschreiber Facts:
*He was born on October 16, 1983 in Augsburg, Germany.
*His full name is Philipp Eberhard Hermann Kohlschreiber.
*He turned professional in 2001.
*He won his first career title in Munich in 2007, and became the first German to win that tournament since 1994.
*He reached his highest ATP singles ranking of world No. 16 on July 30, 2012.
*Visit his official website: www.philippkohlschreiber.de
*Follow him on Twitter and Facebook.