Chris Coghill is a British actor and screenwriter. He is best known for his portrayal of Tony King on the BBC soap opera EastEnders. He has also appeared in television shows, such as HolbyBlue, Shameless, Burn It, Hotel Babylon, The Bill, New Tricks, Secret Diary of a Call Girl, Doctors, Holby City, Heartbeat, Waterloo Road and Cold Feet, and in films such as Molly’s Idle Ways, Someone Else, The Banker, Slide and 24 Hour Party People. He has been married to Rosalind Halstead since 2014. He was previously married to actress Lisa Faulkner from 2005 to 2011. 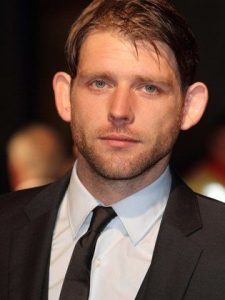 Chris Coghill Facts:
*He was born on April 11, 1975 in Prestwich, United Kingdom.
*Before becoming an actor, he worked in bars in his hometown.
*With Lisa Faulkner, he adopted a daughter.
*He is an avid supporter of English Fooltball Club, Manchester United.