Jasmin Weber is a German actress and singer. She is best known for her portrayal of Franziska Reuter on the popular soap opera Gute Zeiten, schlechte Zeiten. She also appeared in the ZDF – TV series SOKO 5113. Born Jasmin Weber on July 15, 1982 in Berlin, Germany, she sang in the band of her school, the Friedrich-Ebert-Oberschule in Berlin-Wilmersdorf at the age of 12. She first appeared in the music video, Ich + Ich : Are you feeling better?. She was married to Adel Tawil from 2011 to 2014. She has a son. 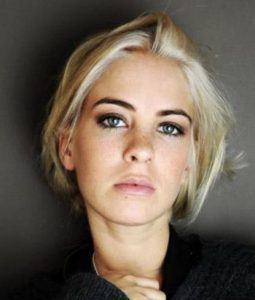 Jasmin Weber Facts:
*She was born on July 15, 1982 in Berlin, Germany.
*She was educated at Friedrich-Ebert-Oberschule in Berlin-Wilmersdorf .
*From 2005 to March 2008 she played the role of Franziska Reuter in Gute Zeiten, schlechte Zeiten.
*Her longtime companion is singer Adel Tawil, whom she got to know during the shooting of a music video of his band Ich + Ich.
*Follow her on Facebook and Instagram.