Actor and filmmaker who is best known for his portrayal of Captain America in the Avengers and Captain America films. Chris began his career, appearing on the 2000 television series Opposite Sex. He has also starred in such films as, Cellular, Fantastic Four, Sunshine, Snowpiercer, Not Another Teen Movie, Scott Pilgrim vs. the World, and Snowpiercer. Born in Boston, Massachusetts, on June 13, 1981, to Lisa and Robert Evans, Christopher Robert Evans grew up in the town of Sudbury. He has two sisters, Carly and Shanna, and a younger brother, Scott. He dated Jessica Biel from 2004 until 2006, Lily Collins in 2015 and Jenny Slate from 2016 until 2017. 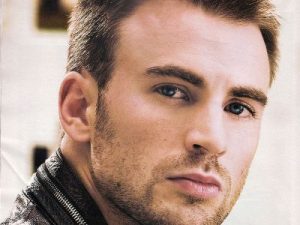 Chris Evans Facts:
*He was raised Catholic.
*One of People magazine’s “Hottest Bachelors” (2006).
*He has a great interest in the philosophies of Buddhism.
*One of Empire magazine’s 100 Sexiest Stars in film history (#99) (2007).
*He is a supporter of same-sex marriage and rights.
*He was placed number 18 on E! Television’s 2006 101 Sexiest Celebrity Bodies.
*Follow him on Twitter and Facebook.