Chiranjeevi is an Indian film actor, politician and television Host, who appears mainly in Telugu cinema. He has also acted in Tamil, Kannada and Hindi films. He made his film debut in 1978, with the film Punadhirallu. Since then he has worked in over 150 films. He is a member of the Indian National Congress, and was the Minister of Tourism of India. Chiranjeevi was born to Anjana Devi and Konidela Venkat Rao, on August 22, 1955 in Mogalthur, India as Siva Sankara Vara Prasad Konidela. He married Surekha Konidala in 1980. They have three children: son, Ram, and two daughters, Sushmita and Sreeja. 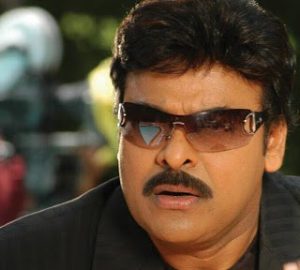 Chiranjeevi Facts:
*His son, Ram Charan Teja, also an actor.
*He is uncle of actor Allu Arjun.
*In 2006, the Government of India honoured him with the Padma Shri.
*He became the first South Indian actor to be invited to the Academy Awards ceremony in 1978.
*He is the first South Indian actor to be invitation to attend Oscar Awards presentation in 1987.
*In 1998, he founded the Chiranjeevi Charitable Trust (CCT), which is the state’s largest recipient of Eye and Blood Donations.
*He is the first Indian actor to start a personal website on the internet.