Actor and comedian, Chris Tucker is most famous for his portrayal of Smokey in the American stoner buddy comedy film Friday. He can also be recognized for his role as Detective James Carter in the Rush Hour franchise. He also appeared with Bruce Willis in The Fifth Element. He was born Christopher Tucker on August 31, 1972 in Atlanta, Georgia, USA to Mary Louise Tucker and Norris Tucker. He is the youngest of six children. He is a graduate of Columbia High School. He has a son named Destin Christopher Tucker. 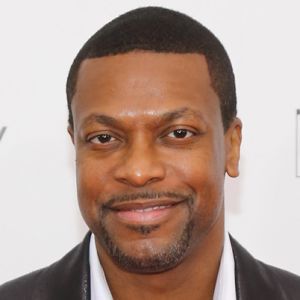 Chris Tucker Facts:
*He was raised by mother Mary Louise.
*For his role in Rush Hour franchise, he and Jackie Chan won an MTV Movie Award for Best On-Screen Duo.
*He was paid $25 million for appearing in Rush Hour 3 alongside Jackie Chan.
*He was a very close friend of Michael Jackson, and starred in his music video for “You Rock My World.”
*Visit his official website: www.christucker.com
*Follow him on Twitter, Facebook, Google+, and Instagram.