Christian Alexander is a Bulgarian-American actor. He is best known for his portrayal of Kiefer Bauer on the American daytime drama General Hospital. In 2011, he appeared in ABC Family’s The Lying Game, as Thayer Rybak. Born Christian Ivanov on April 14, 1990 in Athens, Greece, to Bulgarian parents, his father, Ivan, is a gymnastics coach who coached members of the Bulgarian Olympic team. Christian moved to the United States as a child. He attended and graduated from Beverly Hills High School in Beverly Hills, California. He made his acting debut in 2006 in an episode of Zoey 101 as Harry. 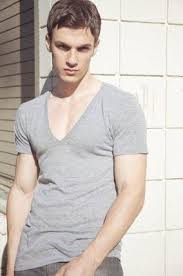 Christian Alexander Facts:
*He was born on April 14, 1990 in Athens, Greece.
*He was educated at Beverly Hills High School in Beverly Hills, California.
*He competed in gymnastics for many years.
*He appeared as Kiefer Bauer on the American daytime drama General Hospital from 2009 to 2015.
*Follow him on Twitter.