American actress and dancer who rose to prominence by portraying the role of Kelly Bundy in the television series Married… with Children from 1987 to 1997. From 1998 to 2000, Applegate played the title role in the NBC sitcom Jesse and starred in the ABC sitcom Samantha Who?. She also starred in the NBC sitcom Up All Night, and in the Netflix dark tragicomedy series Dead to Me. She received a nomination for the Tony Award for Best Actress in a Musical for her role in the Broadway revival of Sweet Charity. She has also played prominent roles in the films Don’t Tell Mom the Babysitter’s Dead, The Big Hit, The Sweetest Thing, Grand Theft Parsons, Anchorman: The Legend of Ron Burgundy, Hall Pass, Anchorman 2: The Legend Continues, Vacation, Bad Moms, and Crash Pad. Born on November 25, 1971 in Hollywood, Los Angeles, California, she is the daughter of singer-actress Nancy Priddy and record producer Robert Applegate. She has two half-siblings from her father’s second marriage. She has been married to Martyn LeNoble since February 23, 2013. Together they have one daughter, Sadie Grace LeNoble. She was previously married to Johnathon Schaech from 2001 to 2007. 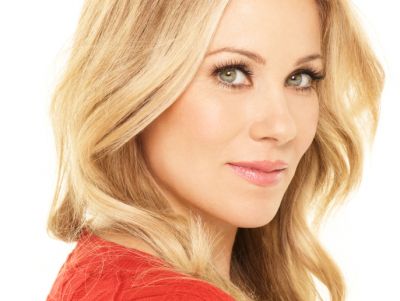