Actress who has starred in such films as The Addams Family, The Ice Storm, Buffalo ’66, Sleepy Hollow, Monster, Fear and Loathing in Las Vegas, Prozac Nation, Pumpkin, Anything Else, Black Snake Moan, Speed Racer, The Smurfs 2, Pecker and The Opposite of Sex. Her television credits include Ally McBeal, Grey’s Anatomy, Pan Am, The Lizzie Borden Chronicles, Z: The Beginning of Everything, and Yellowjackets. Ricci made her Broadway debut in Time Stands Still (2010). Her accolades include a National Board of Review Award for Best Supporting Actress and a Satellite Award for Best Actress, as well as Golden Globe, Primetime Emmy, Screen Actors Guild, and Independent Spirit Award nominations. Born on February 12, 1980 in Santa Monica, California, she is the youngest of four children of Sarah and Ralph Ricci. Her siblings are Dante, Rafael, and Pia. She began appearing in commercials at the age of 6. She was engaged to Owen Benjamin from March 2009 to June 2009. On October 26, 2013, Ricci married James Heerdegen with whom she has a son named Freddie. 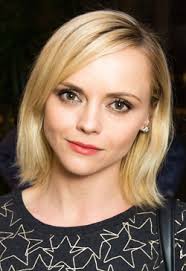 Christina Ricci Facts:
*The youngest of four children, Ricci was born in Santa Monica, California, and was raised in Montclair, New Jersey.
*Her parents divorced when she was thirteen years old.
*She made her film debut at the age of ten in the 1990 film Mermaids.
*She has struggled with both anorexia and anxiety.
*My Own Private Idaho, Pulp Fiction, The Lord Of The Rings, Gangs of New York and The Hours are her favorite movies.
*Her favorite actors are James Woods and Viggo Mortensen and her favorite actress is Amanda Plummer.
*She is good friends with Johnny Depp.
*She is a big fan of actor Ben Kingsley.
*Her childhood crush was Billy Idol.
*She is the national spokesperson for the Rape, Abuse & Incest National Network (RAINN).
*She has eight tattoos on her body.
*Follow her on Facebook and Instagram.