Ginifer King is an American actress. She is best known for her portrayal of Michelle Hathaway on Nickelodeon’s The Haunted Hathaways. King has also appeared on the stages of Broadway in Steel Magnolias and Cyrano de Bergerac. She is married to Jason Ruge with whom she has one son, Maximilian Ruge. 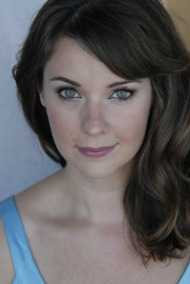 Ginifer King Facts:
*She was born on July 19, 1978 in Texas, USA.
*She has an older brother.
*She made her Broadway debut in 2003 in the Sam Mendes’ Grammy award-winning revival of Gypsy.
*She portrayed Michelle Hathaway on the Nickelodeon television series The Haunted Hathaways from 2013 to 2015.
*She has a son named Maximilian, with Jason Ruge.
*Follow her on Twitter, Facebook and Instagram.