Christine Baranski is an award-winning actress, known for her performances in The Good Wife, The Big Bang Theory, Cybill, Mamma Mia!, Chicago, The Bird Cage, Addams Family Values, and Into the Woods. Christine, who is of Polish descent, was born in Buffalo, New York as Christine Jane Baranski. She is the daughter of Virginia Mazurowska and Lucien Baranski. She has two daughters with Matthew Cowles named Isabel Cowles and Lily Cowles. 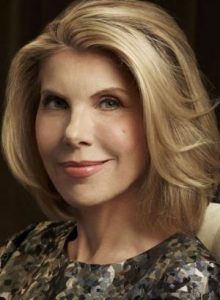 Christine Baranski Facts:
*She belongs to Polish descent.
*She had her Broadway debut in 1980 in Hide & Seek.
*Her grandparents were actors in the Polish theater.
*She raises her daughters without television because she doesn’t approve of the sexual content and violence on the screen.