Actress Christine Elise is best known by the public for her roles as Emily Valentine on Beverly Hills, 90210, Harper Tracy on ER, and Kyle in the films Cult of Chucky and Child’s Play 2. She is also known for her recurring roles in Tell Me You Love Me, In the Heat of the Night and China Beach. She was born Christine Elise McCarthy on February 12, 1965 in Boston, Massachusetts, USA. She is the daughter of artists, Gail Rush and Douglas McCarthy. In 1983, she graduated from the Boston Latin School. 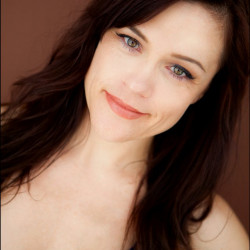 Christine Elise Facts:
*Both of her parents are artists.
*As an actress her first role was in the television movie The Town Bully in 1988.
*She is also a professional photographer.
*Good friends with Michael Patrick MacDonald.
*Visit her official website: www.christineelisemccarthy.com
*Follow her on Twitter, Facebook and Instagram.