Serbian-Australian tennis coach and former professional player who achieved her career’s best ranking on August 19, 2002, which was 4. She turned professional in 1998, and retired on 2014. She has won WTA tour events on all surfaces: hard, grass, clay and carpet. Jelena was born to Ljiljana and Damir Dokić, on April 12, 1983 in Osijek, Croatia. She belongs to Serbian and Croatian descent. She has a younger brother, Savo. She attended Fairfield High School in Sydney. 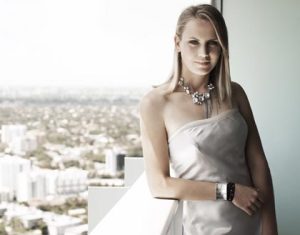 Jelena Dokic Facts:
*She is the daughter of Serbian father and Croatian mother.
*She was only 8 when she started playing tennis.
*She turned professional in 1998.
*She announced her retirement from professional tennis in 2014.
*She’s consistently named among Ace magazine’s 10 Sexiest Female Tennis Stars.
*She was ranked #93 on FHM Australia’s list of the 100 Sexiest Women in 2001.
*Visit her official website: www.jelenadokic.net