Christine Lakin is an American actress. She is best known for her portrayal of Alicia “Al” Lambert on the 1990s ABC/CBS sitcom Step by Step, for which she was nominated in 1993 for a Young Artist Award for Best Young Actress Starring in a Television Series and in 1994 for another Young Artist Award for Outstanding Youth Ensemble in a Television Series shared with Josh Byrne, Christopher Castile, Brandon Call, Staci Keanan and Angela Watson. Lakin’s other notable works include Reefer Madness, Valentine, Rita Rocks, Family Guy, Melissa & Joey, Clarence, and Hollywood Darlings. 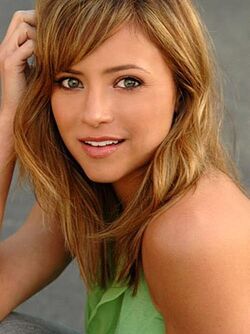 Christine Lakin Facts:
*She was born on January 25, 1979 in Dallas, Texas, USA.
*She began her acting career by starring in a variety of commercials.
*She played Alicia “Al” Lambert in the sitcom Step by Step from 1991 to 1998.
*She was ranked #78 in FHM’s Top 100 Sexiest Woman of 2008.
*She is good friends with Nicholle Tom, Jodie Sweetin, Beverley Mitchell, and Corri English.
*Visit her official website: www.christine-lakin.com
*Follow her on Twitter, Facebook and Instagram.