Cillian Murphy is an Irish actor who started his career as a rock musician. He has starred in such films as Disco Pigs, 28 Days Later, Batman Begins, Red Eye, Breakfast on Pluto, The Wind That Shakes the Barley, Transcendence, Sunshine, Inception, Perrier’s Bounty, Misterman, Broken, and Anthropoid. In 2013, Murphy began starring as Tommy Shelby in the BBC television series Peaky Blinders. 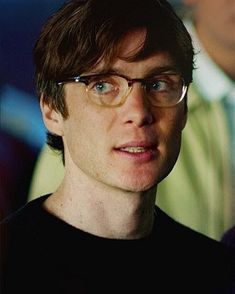 Cillian Murphy Facts:
*Born on May 25, 1976 in Douglas, Cork, Ireland, he was raised in Ballintemple, a suburb of Cork.
*His mother taught French while his father, Brendan, worked for the Department of Education and Skills.
*He has one younger brother named Páidi and two younger sisters named Sile and Orla.
*He started writing and performing songs at the age of 10
*He attended University College Cork.
*He is a vegetarian.
*He is fluent in English, French, and Irish.
*He is good friends with Jonathan Rhys Meyers and Colin Farrell.
*He is a huge fan of Doctor Who.
*He is married to Yvonne McGuinness with whom he has two sons named Aran and Malachy.