Christopher Judge is an American actor and voice actor. He is best known for his portrayal of Teal’c in the Canadian-American military science fiction television series Stargate SG-1, for which he was nominated for a Saturn Award. Judge played Kratos in the 2018 video game God of War, replacing long-time voice actor Terrence C. Carson. He has also appeared as a guest-star in several television series such as The Mentalist, Andromeda and Stargate Atlantis. 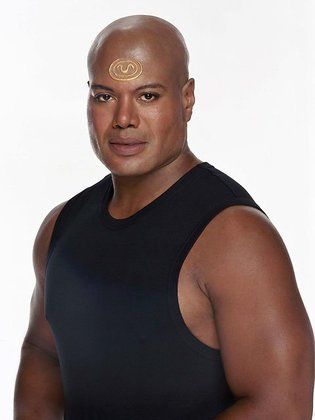 Born Douglas Christopher Judge on October 13, 1964 in Los Angeles, California, to parents Gladys and Francis Judge, his younger brother, Jeff Judge, is also an actor. Judge was an All-L.A. City football player at Carson High School and graduated from Carson in 1982. He received a scholarship for football at the University of Oregon. He studied Drama at the renowned Howard Fine Studio in Los Angeles. He has been married to model and actress Gianna Patton since December 28, 2011. He was previously married to Margaret Judge.

Christopher Judge Facts:
*Born on October 13, 1964 in Los Angeles, California, he is of African-American and Cherokee descent.
*Christopher is his mother’s maiden name.
*He attended the University of Oregon on a football scholarship and studied telecommunications and film.
*He is best friends with Stargate SG-1 (1997) co-star Michael Shanks.
*Follow him on Twitter.