Christopher von Uckermann is a Mexican singer, songwriter and actor. He is best known for his portrayal of Diego Bustamante in the telenovela Rebelde and for his role as Father Ramiro Ventura in the supernatural horror web series Diablero. He was a member of the band RBD from 2004 to 2009. As a solo artist, he released one album, Somos, in 2010, and one EP called La Revolución de los Ciegos in 2017. Born Christopher Alexander Luis Casillas von Uckermann on October 21, 1986 in Mexico City, Mexico, his mother, Marie Christina Alexandra von Uckermann, is Swedish, and his father, Víctor Manuel Casillas Arias, is Mexican. He began his acting career in TV commercials when he was just 3 years old. 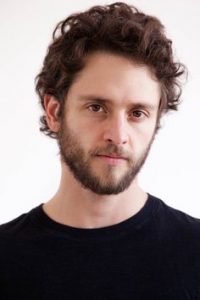 Christopher von Uckermann Facts:
*He was born on October 21, 1986 in Mexico City, Mexico, to a Mexican father and a Swedish mother.
*He was cast in Amigos X Siempre in 2000, alongside Spanish Mexican singer/actress Belinda Peregrín.
*He plays the guitar, piano and drums.
*He has a Rottweiler named Latosa.
*He was named one of People en Espanol 50 Most Beautiful People in 2009.
*He is an avid skateboarder and has won several championships at the national level in his native Mexico.
*Visit his official website: www.vonuckermann.com
*Follow him on Twitter, YouTube, Facebook and Instagram.