Susie Wokoma is a British actress and writer. She is best known for her portrayal of Raquel in the E4/Netflix show Crazyhead, and for her role as Cynthia in the E4 comedy hit Chewing Gum. Born Susan Indiaba Wokoma on December 31, 1987 in Southwark, London, England, to Nigerian parents, her older sister, Emi, is a musical theatre actress. Wokoma made her television debut at 14 as a participant in CBBC’s Serious Jungle in 2002, and landed her first professional acting role in the BAFTA award winning That Summer Day (2006). She made her film debut in Half of a Yellow Sun (2013). 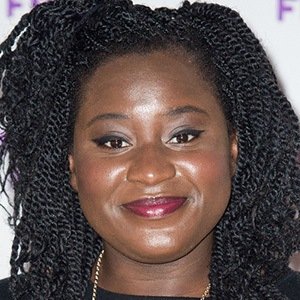 Susie Wokoma Facts:
*She was born on December 31, 1987 in Southwark, London, England.
*She was a member of The National Youth Theatre of Great Britain.
*She studied acting at The Royal Academy of Dramatic Art (RADA).
*She was named as one of Europe’s Forbes 30 Under 30 in 2017.
*In 2017, she was named a BAFTA Breakthrough Brit by an international jury.
*She was in the same year at Royal Academy of Dramatic Art (RADA) with Alexandra Roach, Pippa Bennett-Warner, Joshua McGuire, Seline Hizli, James Norton, Phoebe Fox, Ivanno Jeremiah, James McArdle, Daisy May Cooper and Cynthia Erivo.
*Follow her on Twitter and Instagram.