Cierra Ramirez is an American actress and singer. She is best known for portraying Mariana Adams Foster on the Freeform television series The Fosters from 2013 to 2018, and reprising her role in the spin-off series Good Trouble since 2019. From 2012–2013, Ramirez played recurring character Kathy in The Secret Life of the American Teenager. Her notable film appearances include: Girl in Progress, Petting Scorpions, and Drink Slay Love. Ramirez’s debut EP ‘Discreet’ debuted at number 16 on the iTunes pop charts. 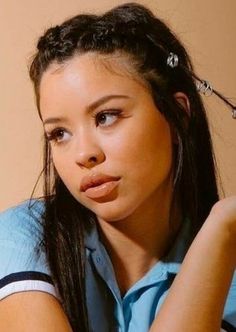 Cierra Ramirez Facts:
*Born Cierra Alexa Ramirez on March 9, 1995 in Houston, Texas, she was raised in Sugar Land, Texas.
*Her mother, Cris, was a kindergarten teacher and her father, Sonny, was a music producer.
*She played Mariana Adams Foster in the Freeform television series The Fosters.
*She has been in a relationship with Barber Jeff Wittek since January 2015.
*Follow her on Twitter, YouTube, Facebook and Instagram.