Dan Castellaneta is an American actor, voice actor, comedian and screenwriter. He is best known for his voice role as Homer Simpson on the longest-running American animated television series The Simpsons. He also voices other characters for the show, including Abraham “Grampa” Simpson, Barney Gumble, Krusty the Clown, Sideshow Mel, Groundskeeper Willie, Mayor Quimby, and Hans Moleman). Castellaneta also had voice roles in several other programs, including Futurama, Sibs and Darkwing Duck, The Adventures of Dynamo Duck, Aladdin, Taz-Mania, The Batman, Back to the Future: The Animated Series, Hey Arnold! and KaBlam!. In 2000, Castellaneta won an Annie Award for his portrayal of the Postman in the animated Christmas television special Olive, the Other Reindeer. In 2002, he released a comedy album I Am Not Homer, and wrote and starred in a one-person show titled Where Did Vincent van Gogh?. 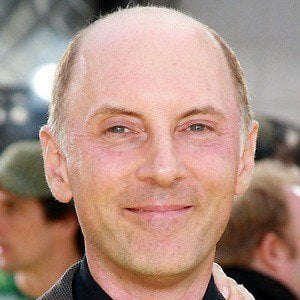 Born Daniel Louis Castellaneta on October 29, 1957 in Chicago, Illinois, to parents Elsie and Louis Castellaneta, he has two younger sisters named Gina and Paula and two nephews named Cary and Calvin. Castellaneta graduated from Oak Park and River Forest High School and attended Northern Illinois University (NIU), graduating in 1979. He has been married to Deb Lacusta since 1987.

Dan Castellaneta Facts:
*Born on October 29, 1957 in Roseland Community Hospital, Chicago, Illinois, he was raised in River Forest and Oak Park, Illinois.
*He started acting after his graduation from Northern Illinois University in 1979.
*He is most famous for his longest-running role as Homer Simpson in the animated sitcom The Simpsons.
*He is a lifelong Democrat.
*He practices Tai chi.
*He doesn’t drink.