Cindy Kurleto is an Austrian model, actress, and a former MTV VJ in the Philippines, best known for being a commercial model and an FHM model in the Philippines. Cindy played the role of Cassiopea in the hit series Encantadia and its prequel/sequel Etheria. She was named (FHM’s) “Sexiest Woman of the World” in 2004 after she appeared on the cover of FHM Philippines in April 2004. 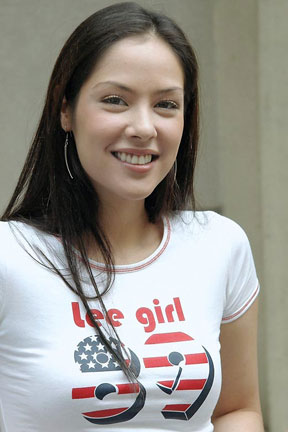 Born Cynthia Kristina Kurleto on April 21, 1981 in Vienna, Austria, she’s an only child of Faustina Verdillo, a Filipino nurse, and Freiderich Kurleto, an Austrian insurance accountant. Her parents divorced when she was age four, and she was raised by her mother in Austria. Cindy completed her education from elementary to college and took a Hotel and Restaurant Management course.

Cindy Kurleto Education:
She completed her education from elementary to college in Austria.

Cindy Kurleto Facts:
*She was born on April 21, 1981 in Vienna, Austria, to an Austrian father and Filipino mother.
*Her parents divorced when she was 4 years old.
*She became a co-host in the longest noontime variety show “Eat Bulaga!” and mainstay in Sundays’ comedy show “Daddy Di Do Du”.
*She loves to play volleyball, diving, swimming, climbing and hiking.
*Her favorite authors are Noah Gordon, Isabel Allende and Paulo Coelho, and her favorite books are Donna Leon’s “Brunetti Cases”, and Gordon’s “The Medicus”.
*She enjoys the music of Jill Scott, Dwelle, Aaliyah and Prince.
*She has pets: Foxy (a Pomeranian), Leon (Pekingese), and Oreo (house cat).