Claudia Lynx is an Iranian model, actress and singer. She is known for her roles as Aneh-Tet 2005 American horror film Legion of the Dead, and Scheherazade in the 2008 film Lady Magdalene. She also appeared in the popular American television show The West Wing with Martin Sheen. Born on June 8, 1982 in Tehran, Iran, to Persian parents, her mother died at the age of 24 (shortly after giving birth to Claudia). She has an older brother named Shervin. At the age of three months, her family moved to Oslo, Norway. Claudia started acting in commercials at the age of 3. When Claudia was 5, her family moved to Toronto, Canada and later she moved to the United States. She became a professional model at the age of 15, and traveled around the world appearing in ads for Levi’s and appearing in many magazines and also on magazine covers. 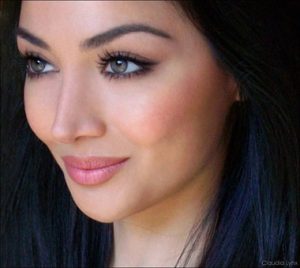 Claudia Lynx Facts:
*She was born on June 8, 1982 in Tehran, Iran.
*Her mother died shortly after delivery (at age 24).
*She participated in his children’s TV commercial at age three.
*Her family moved to Toronto, Canada when she was five years old and later to the United States.
*She modeled Levi Strauss & Co. at the age of 15.
*She currently resides in the USA.
*Visit her official website: www.claudialynx.com
*Follow her on Twitter, Facebook and Instagram.