Ariel Meredith is an American model. She is best known for being a Sports illustrated model, who appeared in the 2009, 2012, 2013, 2014 and 2015 Sports Illustrated Swimsuit Issue. She has performed in runway shows for Baby Phat, Elie Saab, Junya Watanabe, La Perla, Milly, Brioni, Clips, Diesel, D&G, Vera Wang and many more. She has also posed for J.Crew, Nine West, Roca Wear, Victoria’s Secret, Ann Taylor Loft, H&M, David’s Bridal, Cover Girl eyewear, Fossil, Target, Garnier Fructis, The Limited, Sephora, Levi’s, and Gap. Born on July 11, 1986 in Shreveport, Louisiana, USA, to parents Marjorie and David Meredith, she did her schooling from Huntington High School. She did some part-time modeling starting in 1998 until she completed her schooling. After graduating from Huntington High School, she moved to New York City. She won a 500-contestant modeling competition in Dallas in 1998, and signed with Ford Models in New York and Campbell Modeling Agency in Dallas. She got engaged to football player Hakeem Nicks in 2014. Together they have one son, Amir. 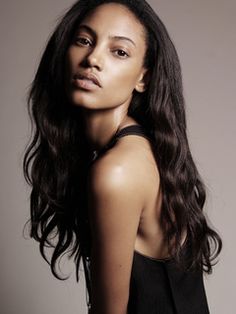 Ariel Meredith Facts:
*She was born on July 11, 1986 in Shreveport, Louisiana, USA.
*She was discovered at the age of fourteen but she did not pursue modeling as a full-time career until after she finished her education in 2008.
*She started modeling regularly in 2005.
*She appeared on the cover of Sports Illustrated’s Swimsuit Issue in 2009, 2012, 2013, 2014 and 2015.
*She was appeared in the 2009 Spring/Summer Dolce & Gabbana advertising campaign.
*Follow her on Twitter, Facebook and Instagram.