Cleopatra Coleman is an Australian actress born in Wentworth Falls. She is best known for her portrayal of Erica on the American comedy series The Last Man on Earth, and for her role as Zandie Brokow in the sci-fi teenage drama Silversun. From 2006 to 2007, Coleman was seen in the recurring role of Glenn Forrest in the Australian soap opera Neighbours. Coleman’s other notable works include White Famous, Wicked Science 2, The Elephant Princess, and In the Shadow of the Moon. Born on October 29, 1987 in Byron Bay, New South Wales, Australia, to a Jamaican-born mother, and an Australian father of English descent, she moved to the alternative community of Byron Bay, New South Wales when she was 18 months old. She began her professional television career at age 15, appearing in the Australian children’s sci-fi drama Silversun. In 2017, Coleman started dating actor Avan Jogia. 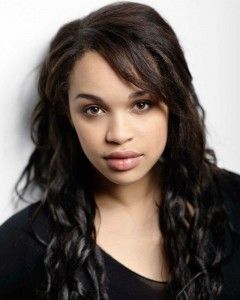 Cleopatra Coleman Facts:
*She was born to a Jamaican-born mother, Turquoise Coleman, and an Australian father, Mick Coleman.
*She played Erica on the American comedy series The Last Man on Earth from 2015 to 2018.
*In 2017, she wrote, produced and starred in the environmental sci-fi thriller Hover for Syfy Films.
*Follow her on Instagram.