Avan Jogia is a Canadian actor born in Vancouver, British Columbia. He is best known for his role as Beck Oliver on Nickelodeon’s Victorious. He played Danny Desai in the ABC drama television series Twisted, for which he received 2013 and 2014 Teen Choice Awards nominations. He also played Pharaoh Tutankhamun in the miniseries Tut. Born Avan Tudor Jogia on February 9, 1992 in Vancouver, British Columbia, Canada, to Wendy and Mike Jogia, he is of Indian and European descent. He has an older brother, Ketan, a music producer in London, and an uncle who lives in Melbourne, Australia. He attended Killarney Secondary School and King George Secondary School, but left school when he was 16 to pursue an acting career. He began dating Cleopatra Coleman in 2017. He was previously in a relationship with Zoey Deutch from March 2012 to 2016. 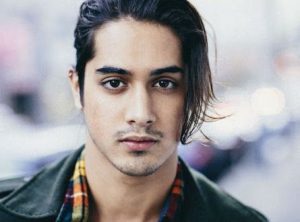 Avan Jogia Facts:
*His father was born in London and comes from India while his mother has Welsh, Irish and French ancestry.
*He is a dual Canadian/British citizen.
*He plays piano, guitar and accordion.
*Friends with Josh Hutcherson, Victoria Justice and Canadian actor Landon Liboiron.
*Follow him on Twitter, Facebook and Instagram.