Clint Eastwood an American actor, producer, director, musician, and political figure who first came to prominence with his role in television series Rawhide. His notable film roles include Hang ‘Em High, Play Misty for Me, Tightrope, The Bridges of Madison County, Dirty Harry, Escape from Alcatraz, and Gran Torino. He later went on to become the Academy Award-winning director of such features as ‘Million Dollar Baby’ and ‘Unforgiven.’ Clint was born to Margaret Ruth, a factory worker, and Clinton Eastwood, Sr., a steelworker, in 1930 in San Francisco, California as Clinton Eastwood Jr.. He has one younger sister, Jeanne Bernhardt. 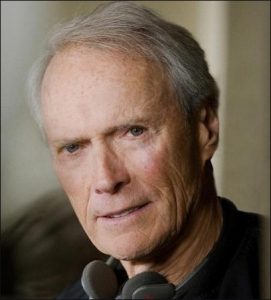 Clint Eastwood Facts:
*He worked as a lifeguard, a caddy, and a grocery clerk while growing up.
*He is the oldest winner for the Best Director Academy Award.
*Visit his official website: www.clinteastwood.net

“God gave you a brain. Do the best you can with it. And you don’t have to be Einstein, but Einstein was mentally tough. He believed what he believed. And he worked out things. And he argued with people who disagreed with him. But I’m sure he didn’t call everybody jerks.” – Clint Eastwood