Cloris Leachman is an American television and film actress and comedian. Her accolades include eight Primetime Emmy Awards, one Daytime Emmy Award and one Academy Award. She is known for her roles in television, such as The Mary Tyler Moore Show, A Brand New Life, Phyllis, The Migrants, and It Happened One Christmas, and in the films The Last Picture Show, Young Frankenstein, Yesterday, Now and Then, Spanglish, Charley and the Angel, New York, I Love You, Butch Cassidy and the Sundance Kid, A Troll in Central Park, and The Croods. Leachman was born to Cloris Wallace and Berkeley Claiborne Leachman, on April 30, 1926 in Des Moines, Iowa USA. She belongs to Czech and English descent. In 1953, she married George Englund, and they had five children before divorcing in 1979. 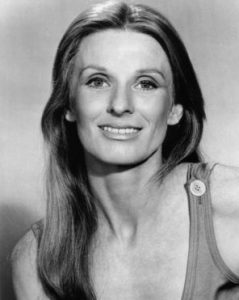 Cloris Leachman Facts:
*She is the eldest of three sisters.
*Her career spanning over 74 years.
*She became a vegetarian at the age of 35.
*She appeared on Dancing with the Stars in 2008.
*Follow her on Twitter.