A talented performer, Tyler Posey is most famous for his portrayal of Scott McCall on the long-running MTV’s show Teen Wolf. He has appeared in both television and film since he was eight years old. Tyler was born Tyler Garcia Posey on October 18, 1991 in Santa Monica, California, to Cyndi Garcia and actor John Posey. He is of English, smaller amounts of Scottish, Irish, and German, distant French descent on his father’s side, and of Mexican descent on his mother’s side. 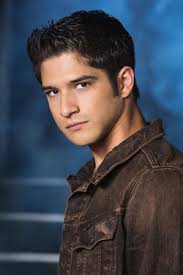 Tyler Posey Facts:
*He is the son of John Posey and Cyndi Garcia.
*His mother died of breast cancer in December 2014.
*He was once engaged to his childhood friend Seana Gorlick.
*He has a dog, Chica.
*Follow him on Twitter, Facebook and Instagram.