Cole Sprouse is an American actor, best known for his role as Cody Martin on the Disney Channel series The Suite Life of Zack & Cody and its spinoff The Suite Life on Deck. He was cast as Jughead Jones in The CW series Riverdale. Born Cole Mitchell Sprouse on August 4, 1992 in Arezzo, Tuscany, Italy, to American parents Matthew Sprouse and Melanie Wright, he is the twin brother of Dylan Sprouse. He started his career in 1993 on television, alongside his twin brother Dylan Sprouse. He graduated from Laurel Springs School in 2010 and started studying at NYU’s Gallatin School of Individualized Study. In July 2017, he began dating his Riverdale co-star Lili Reinhart. 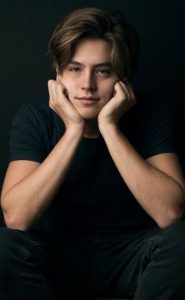 Cole Sprouse Facts:
*He was born on August 4, 1992 in Arezzo, Tuscany, Italy.
*His ancestry includes Scottish, English, German and Danish.
*He is the twin brother of Dylan Sprouse.
*He is 15 minutes younger than his twin, Dylan.
*He was named after jazz singer and pianist Nat King Cole.
*Alongside his twin brother Dylan Sprouse, he made his acting debut at the age of 8 months in a TV commercial for a diaper brand.
*He has been snowboarding since he was four years old.
*He is also an active travel and fashion photographer.
*He is a smoker.
*Follow him on Twitter and Instagram.