Lili Reinhart is an American actress, best known for her starring role as Betty Cooper in the CW drama series Riverdale. Previously, she appeared in six episodes of the Fox TV series Surviving Jack. She has also played prominent roles in the films The Good Neighbor, The Kings of Summer, Not Waving But Drowning, Miss Stevens, Forever’s End, Gibsonburg, Lilith, and Galveston. Born Lili Pauline Reinhart on September 13, 1996 in Cleveland, Ohio, USA., to parents Amy and Daniel Dane Reinhart, she has two sisters, Tess and Chloe. Reinhart developed a passion for the performing arts at an early age and took dance classes for 10 years and also performed in many local musicals before she signed with her first agency in Cleveland when she was 11. At the age of 18, she relocated to Los Angeles to pursue acting and almost gave up after five months. In July 2017, she started dating her Riverdale co-star Cole Sprouse. 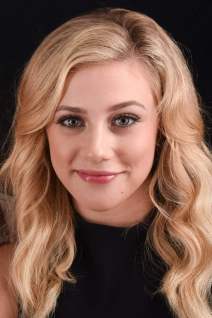 Lili Reinhart Facts:
*She was born on September 13, 1996 in Cleveland, Ohio, USA.
*She took dance classes for ten years.
*She starred as Betty Cooper in the CW drama series Riverdale.
*She suffered from anxiety and depression issues.
*Follow her on Twitter, Facebook and Instagram.