Colin Ford is an American actor and voice actor. He is best known for his portrayal of Josh Wheeler in the 2019 Netflix series Daybreak, and for his role as Joe McAlister in the CBS science fiction drama series Under the Dome. He was the voice of Jake in the television series Jake and the Never Land Pirates for seasons 1-2. He also played young Sam Winchester in Supernatural and Dylan Mee in the family movie We Bought a Zoo. Ford’s other notable works include Jack and the Beanstalk, Push, The Mob Doctor, Family Blood, and Disconnect. 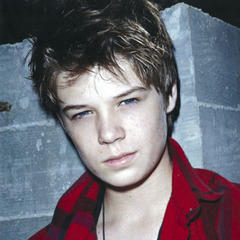 Colin Ford Facts:
*He was born on September 12, 1996 in Nashville, Tennessee, USA.
*He modeled for print ads for regional and national retailers at the age of 4.
*He made his film debut at age five as Clinton Jr. in the feature film Sweet Home Alabama (2002).
*He did his schooling from Campbell Hall School and Oaks Christian Online High School.
*He is close friends with actress Isabelle Fuhrman.
*He is friends with Chloë Grace Moretz, Mackenzie Lintz, Garrett Backstrom, Pia Mia, Olivia Holt and Hailee Steinfeld.
*Follow him on Twitter, Facebook and Instagram.