Richard Madden is a Scottish actor of film and television who rose to prominence by portraying the role of Robb Stark in the first three seasons of HBO’s fantasy drama Game of Thrones, for which he received the Screen International Award for Star of Tomorrow. He also starred as Prince Kit in Disney’s “Cinderella, and David Budd in the BBC miniseries “Bodyguard”. Born on June 18, 1986 in Elderslie, Renfrewshire, Scotland, his father, Richard, is in the fire brigade, and his mother, Pat, is a classroom assistant. He has two younger sisters named Cara and Lauren. Madden made his screen debut as a child actor. He dated English actress Jenna Coleman. 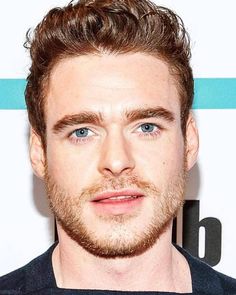 Richard Madden Facts:
*He was born on June 18, 1986 in Elderslie, Renfrewshire, Scotland, UK.
*He is the son of Richard and Patricia (née Mulholland) Madden.
*At 11, he joined PACE Youth Theatre to help overcome his shyness.
*He received an Honorary Doctorate from the Royal Conservatoire of Scotland in July 2019.
*He is good friends with Lily James, Kit Harington, Alfie Allen, and Michelle Fairley.
*Follow him on Twitter and Instagram.