Colm Meaney is an Irish actor. He is best known for his portrayal of Chief Miles O’Brien in Star Trek: The Next Generation and Star Trek: Deep Space Nine. He has appeared as a guest-star in several television series such as Law & Order and The Simpsons, and portrayed railroad magnate Thomas Durant on AMC’s drama series Hell on Wheels. He has also played prominent roles in the films The Damned United, The Barrytown Trilogy, Get Him to the Greek, Alan Partridge: Alpha Papa and the 2016 British-Irish drama film The Journey, for which he won the Best Actor IFTA in 2017. Born Colm J. Meaney on May 30, 1953 in Dublin, Ireland, he began studying acting at age 14 and attended the Abbey Theatre School of Acting after secondary school. Meaney’s first film was an action picture about Neo-Nazis, Omega Syndrome and his first television experience was in 1978 on the BBC show, Z-Cars. He married Irish actress Bairbre Dowling in 1977, and the couple had a daughter named Brenda in 1984 before getting divorced in 1994. He married French costume designer Ines Glorian in March 2007. Together, they have a daughter, Ada, born in 2005. 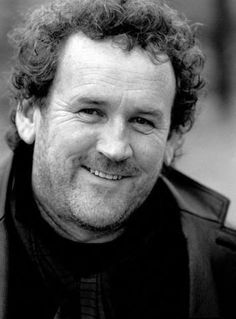 Colm Meaney Facts:
*He was born on May 30, 1953 in Dublin, Ireland.
*At 14, he began studying acting and attended the Abbey Theatre School of Acting after secondary school.
*He began working as an actor in Dublin.
*He is the former son-in-law of Irish-American actor Vincent Dowling and Brenda Doyle.