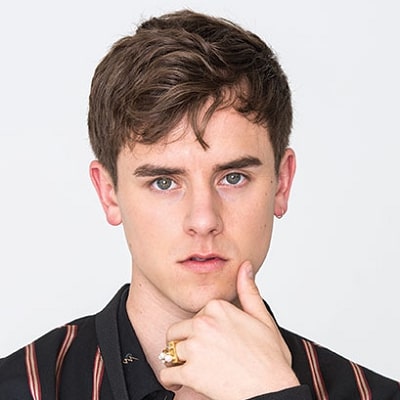 Connor Franta is an American vlogger, writer, entrepreneur and photographer. He is best known for his videos on his YouTube channel ‘ConnorFranta‘, where he has more than 4.96 million subscribers and growing. He was previously a member of the web stars group called “our2ndlife,” which he left in July 2014. Connor released his debut book, a memoir titled A Work in Progress on April 21, 2015.

Connor Franta Facts:
*He was born on September 12, 1992 in Wisconsin, USA.
*His ancestry includes Polish, Czech, German, English, Irish, Swiss-German, and Danish.
*He has three siblings: Dustin, Brandon and Nicola.
*He studied business at St. John’s University in Collegeville, Minnesota.
*He uploaded his first video to his YouTube channel “ConnorFranta” in August 2010.
*He came out as gay publicly through a YouTube video posted on December 8, 2014, entitled “Coming Out.”
*Visit his official website: www.connorfranta.com
*Follow him on Twitter, YouTube and Instagram.