Cortney Casey is an American mixed martial artist currently fighting in the Strawweight division. On July 18, 2015, she debuted in the Ultimate Fighting Championship (UFC) to face The Ultimate Fighter: A Champion Will Be Crowned contestant Joanne Calderwood, at UFC Fight Night: Bisping vs. Leites, replacing the injured Bec Rawlings. She earned her first UFC win by defeating Stanciu by TKO in the first round. She is #13 in the official UFC strawweight rankings as of February 1, 2019. Born Cortney Ann Casey on May 5, 1987 in Mesa, Arizona, USA, she belongs to Mexican descent. She was a Division I soccer player at the University of Texas at El Paso. She started training MMA in 2009 after her soccer career was cut short due to an injury. She began her amateur career in 2012, and her professional career in 2013 defeating Kelly Warren by rear naked choke. 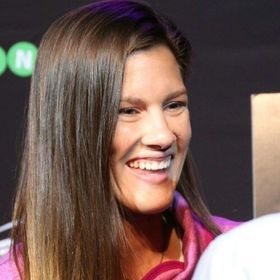 Cortney Casey Education:
The University of Texas at El Paso

Cortney Casey Facts:
*She was born on May 5, 1987 in Mesa, Arizona, USA.
*She played soccer at University of Texas at El Paso.
*She began training MMA in 2009.
*She made her amateur debut in 2012, losing a split decision to future UFC Strawweight Emily Kagan.
*She fights in the Strawweight division.
*Visit her official website: www.castironcasey.com
*Follow her on Twitter, Facebook and Instagram.