Costa Cordalis was a Greek-German schlager singer of Greek descent. He was best known for his 1976 song “Anita”, which achieved remarkable success, reaching the top ten in Germany, Austria and Switzerland. In 2004, Cordalis won the reality television game show Ich bin ein Star – Holt mich hier raus!. He also competed for Greece in the FIS Nordic World Ski Championships 1985. Born Kostantinos Koriatis on May 1, 1944 in Elatia, Greece, Cordalis moved to Germany in 1960. He was married and had a son, Lucas, and two daughters, Kiki and Eva. His son, Lucas, is also a singer. Cordalis died in Mallorca, Balearic Islands, Spain on 2 July 2019, at the age of 75. 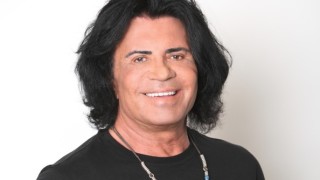 Costa Cordalis Facts:
*He was born on May 1, 1944 in Elatia, Greece.
*He was of Greek origin.
*His 1976 single “Anita” reached the top ten in Germany, Austria and Switzerland.
*In 2004, he was voted King of the jungle after the first season of the German version of “I am a celebrity, get me out of here”.
*He competed for Greece at the FIS Nordic World Ski Championships in 1985.
*Official website: www.cordalis.com