Courtney Robertson is an American model and actress best known as the winner of season 16 of ABC’s reality show The Bachelor. She began modeling as a teenager, and has been featured on the cover of fashion magazines such as Vogue, Self, InStyle, and Fitness magazines, as well as in a Caesar’s Palace commercial. She was born on July 5, 1983 in Scottsdale, Arizona to Sherry and Rick Robertson, a prominent lawyer. 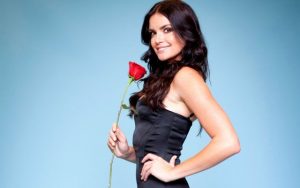 Courtney Robertson Facts:
*Her father is a prominent lawyer.
*She is a contestant on the 16th season of The Bachelor.
*She moved to Los Angeles to pursue her modeling career.
*Currently, she resides in Santa Monica, California.
*Follow her on Twitter and Instagram.