Craig Horner is an Australian actor and musician, best known for starring as Richard Cypher in the television series Legend of the Seeker. He portrayed surfer Garry Miller in the Australian children’s drama television series Blue Water High, and starred as Ash Dove in the series H2O: Just Add Water. He also starred as Richie Bernson in Gregory Dark’s film, See No Evil. Horner’s other notable works include Monarch Cove, Joey Dakota, and Hindsight. 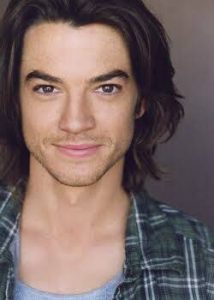 Craig Horner Facts:
*He was born on January 24, 1983 in Brisbane, Australia.
*He attended St Peters Lutheran College in Indooroopilly, Brisbane, Australia.
*He discovered his passion for acting by participating in a high school production of A Midsummer Night’s Dream.
*He first achieved fame appearing in the Australian television program Cybergirl.
*He played Richard Cypher in the TV series Legend of the Seeker from 2008 to 2010.
*He was a member of the band “Earth For Now”.
*He enjoys playing soccer, swimming, skiing, volleyball, tennis, snowboarding, and kayaking
*He has dated Legend of the Seeker co-star Bridget Regan.
*Follow him on Twitter, Facebook and Instagram.