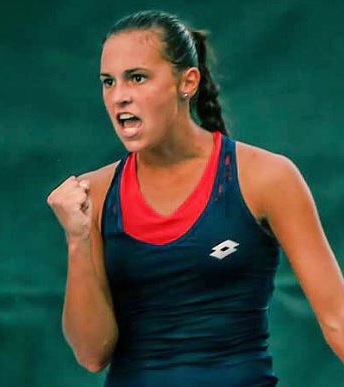 Cristiana Ferrando is an Italian tennis player who achieved a career-high singles ranking of World No. 268 on August 7, 2017, and a doubles ranking of world No. 302 on October 2, 2017. Turning professional in May 2011, Ferrando has won four singles titles and three doubles titles on the ITF Women’s Circuit. She made her WTA Tour main-draw debut at the 2016 Guangzhou International, where she received entry by a lucky loser spot, losing in the first round to Nigina Abduraimova.

Cristiana Ferrando Facts:
*She was born on August 10, 1995 in Italy.
*Her aunt, Linda Ferrando, is a former Italian international tennis player.
*She started playing tennis at the age of seven.
*She turned professional in May 2011.
*She plays right-handed and has a two-handed backhand.
*She has a career-high singles ranking of No. 268.