Cristina Scabbia is an Italian singer and songwriter. She is best known as the lead vocalist of the Italian gothic metal band Lacuna Coil, formed in 1994. The band won the 2012 Metal Female Voices Fest Award for the Best Album, the 2016 Metal Hammer Award for the Best International Band, and the 2018 Metal Hammer Golden Gods Award for Best Live Act. Their 2012 release, Dark Adrenaline, peaked at number 15 on the Billboard 200. Scabbia performed a duet with the Italian ex-singer of Linea 77 Emiliano Audisio on the track “Beautiful Lie” to be part of the soundtrack for the 2013 Italian film Passione sinistra. 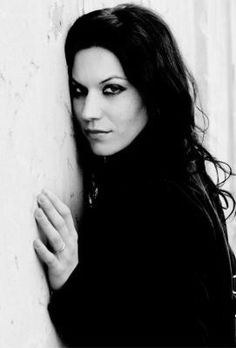 Cristina Scabbia Facts:
*She was born on June 6, 1972 in Milan, Lombardy, Italy.
*She used to write an advice column in the popular rock magazine Revolver, alongside musician Vinnie Paul.
*She began singing professionally in 1991, as a touring musician for other bands and providing backing vocals.
*She joined Lacuna Coil when the band’s name was Ethereal.
*She’s featured in a Megadeth song “À Tout le Monde (Set Me Free)”.
*In 2014, she began dating Slipknot guitarist Jim Root.
*She is close friends with Vinnie Paul.
*Visit her official website: www.lacunacoil.it