Cynthia Sikes is an American actress of film and television. She is best known for her portrayal of Dr. Annie Cavanero in the medical drama black comedy television series St. Elsewhere. She is also known for her recurring roles in the prime time television soap opera Flamingo Road and JAG. She has also played prominent roles in the films Possums, The Man Who Loved Women, Love Hurts and Arthur 2: On the Rocks. Born Cynthia Lee Sikes on January 2, 1954 in Coffeyville, Kansas, USA, she was crowned Miss Kansas 1972 beauty pageant. She was married to Bud Yorkin until his death in 2015. She has two children. 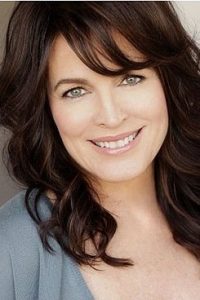 Cynthia Sikes Facts:
*She was born on January 2, 1954 in Coffeyville, Kansas, USA.
*She won the crowning title of Miss Kansas in 1972, and started attending Wichita State University.
*She was a Top 10 finalist and preliminary swimsuit winner at the Miss America 1973 pageant.
*She was once in a relationship with Harry Hamlin, and Warren Beatty.