French actor who became recognized for his roles in The Chambermaid on the Titanic, The Horseman on the Roof and Un, deux, trois, soleil, for which he earned the Cesar Award for Most Promising Actor. He played Alexander Montel in the 2003 action crime thriller film S.W.A.T.. Born on January 12, 1966 in Paris, France, to Rosemarie and Robert Martinez, Olivier Martinez was raised Roman Catholic. His father is Spanish-Moroccan and his mother is French. He has one brother, Vincent Martinez. He married Halle Berry in 2012, and the couple had a son named Maceo Robert Martinez in 2013 before getting divorced in 2016. 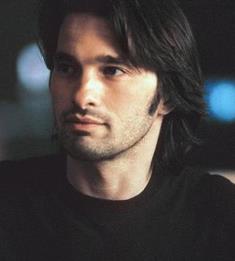 Olivier Martinez Facts:
*He was ranked #94 on VH1’s 100 Hottest Hotties.
*He used to work as a jean seller.
*He has a dog named Sheba.
*He was in a relationship with singer Kylie Minogue after meeting her at the 2003 Grammy Awards ceremony. They broke up in February 2007.