Dacre Montgomery is an Australian actor. He is best known for his roles as Jason Scott / Red Ranger in the 2017 film Power Rangers, and Billy Hargrove on the Netflix science fiction horror series Stranger Things. He also starred as Jeremy in the psychological horror Christmas-themed film Better Watch Out. In July 2019, Dacre released his own podcast titled “DKMH”, which features his own poetry. Born Dacre Kayd Montgomery-Harvey on November 22, 1994 in Perth, Western Australia, to New Zealander father Scott Montgomery-Harvey and Canadian mother Judith Barrett-Lennard, he has one younger sister named Saskia. Montgomery began performing on screen and in theater when he was nine years old. He attended Mount Lawley Senior High School and completed his acting degree at WAAPA at Edith Cowan University in 2015. In 2018, he began dating model Liv Pollock. 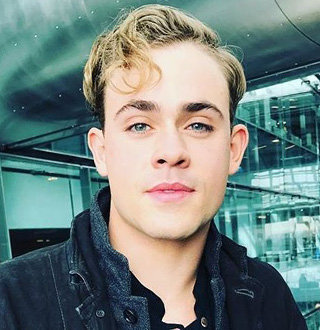 Dacre Montgomery Facts:
*He was born on November 22, 1994 in Perth, Western Australia, Australia, to a New Zealander father and Canadian mother who both worked in entertainment.
*At age 9, he began performing on screen and in theater.
*He played Billy Hargrove in the Netflix series Stranger Things.
*He has dual citizenship of Australian and Canadian
*Follow him on Twitter, Facebook and Instagram.