English actor Damian Lewis who is best known for portraying U.S. Marine Sergeant Nicholas Brody in the Showtime series Homeland, Soames Forsyte in the ITV remake of The Forsyte Saga, Detective Charlie Crews in the NBC drama Life, and U.S. Army Major Richard Winters in the HBO miniseries Band of Brothers. He first gained attention after playing the role as Clive in the TV movie Micky Love in 1993. He was born Damian Watcyn Lewis on February 11, 1971 in St. John’s Wood, London, England, UK. He is the elder son of his parents, Charlotte Mary and John Watcyn Lewis, and brother to Gareth, Amanda and William Lewis. In July 2007, Lewis married actress Helen McCrory. They have a daughter named Manon and a son named Gulliver. McCrory died of cancer on April 16, 2021, aged 52. 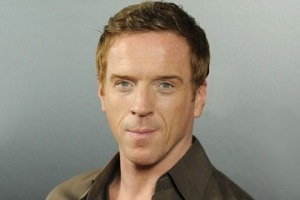 Damian Lewis Facts:
*He is the elder son of his parents, Charlotte Mary and John Watcyn Lewis.
*He is an avid supporter of English Fooltball Club, Liverpool FC.
*He cites British actor Mark Rylance as big influence.
*He used to work as a seller of car alarms.
*Follow him on Twitter.