Damon Wayans Jr. is an American actor, comedian and writer. He is known for portraying Brad Williams on the ABC sitcom Happy Endings from 2011 to 2013, and as Ernie “Coach” Tagliaboo on the Fox sitcom New Girl. For his performance in Happy Endings, he was nominated for “Best Supporting Actor in a Comedy Series” at the NAACP Image Awards and Critic’s Choice Television Awards. In 2018, he began starring in The Truth About The Harry Quebert Affair. Damon has also appeared in such films as Let’s Be Cops, How to Be Single, and Super Troopers 2. He has also done voice work in Marmaduke, Big Hero 6, and The Land Before Time: Journey of the Brave. Born Damon Kyle Wayans Jr. on November 18, 1982, in Huntington, Vermont, USA, to Lisa Thorner and actor Damon Wayans, he is the eldest child in his family alongside his two sisters and one brother. He is the nephew of Dwayne Wayans, Keenen Ivory Wayans, Marlon Wayans, Shawn Wayans, Kim Wayans, Nadia Wayans, Elvira Wayans, Diedre Wayans, and Vonnie Wayans. His first role was in the 1994 film “BlankMan”, where he played Young Kevin. He has been married to Samara Saraiva since 2016. He has two daughters with ex-girlfriend Aja Metoyer. 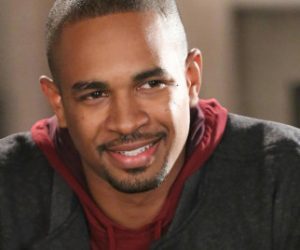 Damon Wayans Jr. Facts:
*He was born in Huntington, Vermont, and grew up in Los Angeles.
*He is a member of the Wayans family of entertainers.
*He is the eldest of four children.
*Follow him on Twitter.