Makenzie Leigh is an American film and television actress. She is best known for her role in the Ang Lee’s war drama Billy Lynn’s Long Halftime Walk, which was released on November 11, 2016. She played Liza in the first season of the Batman prequel television series Gotham (2014–2015), and was cast in the 2015 television miniseries The Slap as Connie. In 2015, she played a supporting role in the film James White. Born Makenzie Leigh Weinman on August 8, 1990 in Dallas, Texas, she started modeling, at age 15, as Mak Weinman. She attended New York University (NYU). 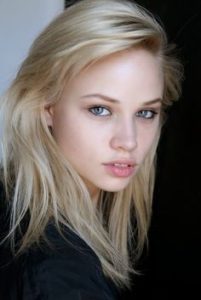 Makenzie Leigh Facts:
*She was born in Dallas, Texas on August 8, 1990.
*Started modeling when she was 15 years old
*In 2009, she started training with acting coach Susan Batson.
*She is with the height 5 feet 9 inches in tall. She wears a size 7.5 shoe and her zodiac sign is Leo.